It's Borzoi week at the Sighthound Underground! Have you met Flower? Were you wowed by Marcus? Well, guess what? Two more young Borzoi boys have landed at SHUG HQ. Two big beautiful red boys we’re calling Red and

They’re all gorgeous and quickly learning the ropes of being indoor pets in their foster homes. But do you know much about Borzoi? Here’s the scoop:

Borzoi are also known as Russian Wolfhounds and that's where the breed originated. They were used by the Russian nobility as hunters and -- like the Greyhounds in Europe who were owned only by nobles--  they could only be owned by the Tsar and those he chose.

Borzoi are quiet dogs and like their other Sighthound brethren, they’re happiest lounging on the couch or a large, soft bed. They are usually well mannered and rarely aggressive. Unlike greyhounds, though, they are built for cold weather and have the beautiful coat to prove it.

Borzoi are gentle, but most are big dogs. Males can easily top 100 pounds. So they can knock down – albeit accidentally – little humans. They also seem to share a common misconception that they are 10lb lap dogs, which is a sweet and charming trait . . . until your legs go numb.

So if you love big dogs who are beautiful and sweet and likely to sit on you download our application at https://sighthoundunderground.com/files/forms/Application.pdf today! 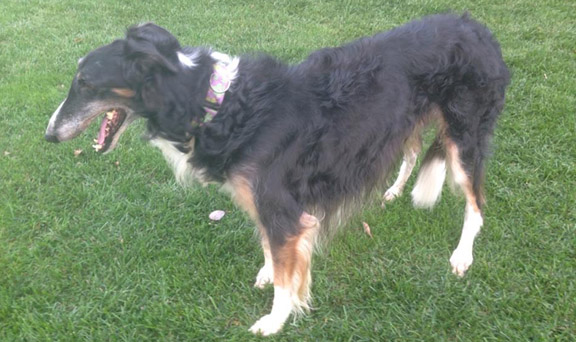