Rama, with her BFF Sebastian, is happily settled into life in the U.S.

You may remember our little Rama (aka Ramalama) -- the tiny, brindle girl from Galgos del Sol. After trying to catch her without any success, the team there was forced to dart her in the street to keep her from running into traffic. And even after many weeks in a stable pack in a foster home in the U.S., she still wasn’t sure people were nice.

Michael Owens, SHUG’s director, felt she needed a change of scenery, and when a Sighthound savvy, former SHUG adopter expressed interest in fostering, it seemed like a good situation for Rama. It turns out the future foster mom, Jane Pace, had had her eye on Rama for some time.

So Rama traveled from Washington D.C. to Dallas, Texas, to Oklahoma City, Okla. Jane and Monica Whitman, another SHUG volunteer and adopter, picked her up at the airport. Rama was perfect in the car ride home to Oklahoma. Jane picks up the story:

I got her home and my pack all had to sniff her and I felt kind of bad for her, a tiny little girl surrounded by five other dogs. She was scared, but she did OK. She slept in her crate all night, not a peep out of her. She discovered a dog bed in my room and hung out in it for the first day or two. She wasn’t quite ready to hang out in the living room with everyone else. I had to corner her and catch her to put her in the crate to eat.

When she went outside she would run back in with everyone else, so it was never a problem getting her back in. It rained right after I got her and she was not going to stand at the door and let me wipe her feet. I just had to let her run in with muddy feet. When I would sit in the living room sometimes she would peek around the corner, but not actually let me pet her. She quickly picked out Sebastian, my young borzoi, as a favored playmate, and they became instant friends.

After a day or two Rama decided she was comfortable enough to be in a dog bed in the living room. I think she actually sat on the couch with me by the second day. After a few days she got my 10-year-old greyhound to play with her. After a couple of weeks she would go to her crate on her own when it was feeding time. After about a month or so, she actually stopped in front of the door and let me wipe her feet when they were muddy. This was a really big step!

The difference a little time makes! Now, Rama sleeps with me every night and snuggles so close that by morning I’m on the edge of my bed. If I am sitting in my living room, even if I am with another dog, she will squeeze herself into the tiniest corner just so she can sit with me. If I sit in a chair that is only meant for one person, she will just sit on top of me.

She’s still a bit scared of my 6-foot-tall teenaged son, but she will let him pet her. She is also making progress at greyhound events and she will actually go up to people and sniff them. And she’s a playful girl. She wants all the dogs to play with her and will jump on them to make them play. Rama actually has gotten my borzoi Kaylyn to play with her. Prior to Rama, Kaylyn would only play with another borzoi; she had nothing to do with the greyhounds. Rama has brought her out of her shell and she has started to run with the greyhounds.

Rama is just the most precious little girl who I can’t imagine my life without her, and Sebastian can’t either! 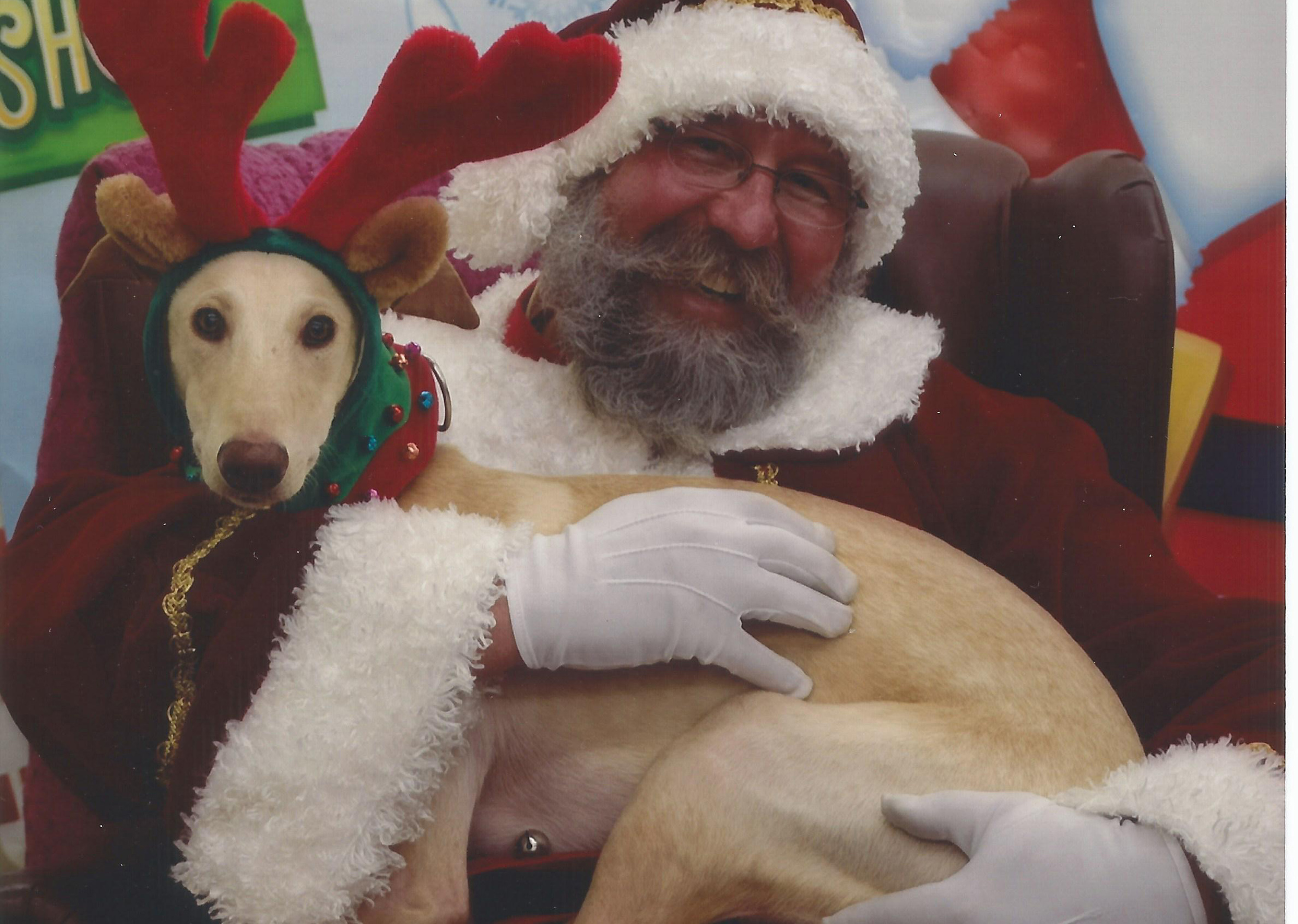