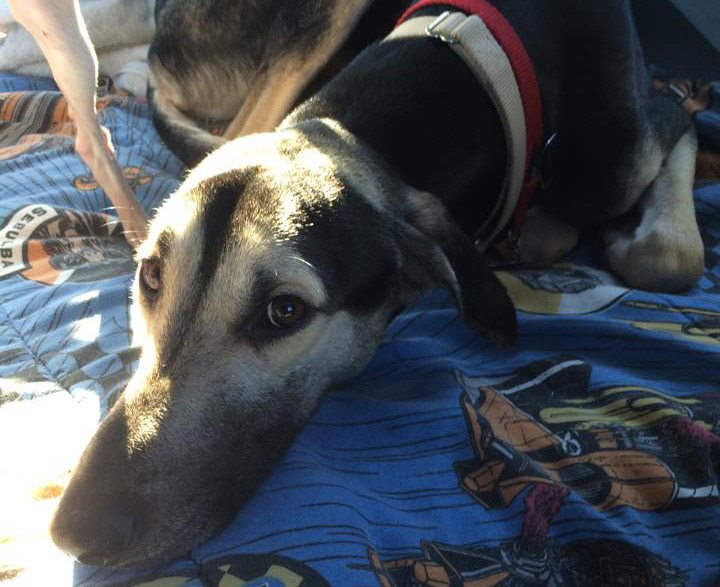 First up is Manu aka Kamamanu aka Manny. He’s a dark possible Saluki cross, perhaps with whippet, although we really don’t know. He comes from sunny Hawaii and gets along with dogs, cats and, especially, people. He’s an active boy and still has a bit of goofy puppy going on. He’s been known to bark at a pumpkin in the road, for example.

Manu needs another canine buddy to feel comfortable when left alone. But otherwise, he’s mostly focused on his people. He’s a fully certified Velcro dog trying to give the full-court “adopt me” press to his foster family – who are doing their best to resist. Help their self-control by putting in an app for Manu here. As a domestic dog, Manu’s adoption fee is $300.

Check back throughout the month as we feature others looking for forever homes. After all, it’s National Adoption Month! 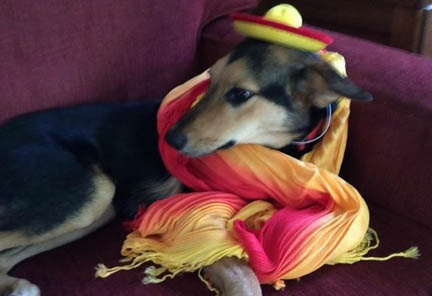 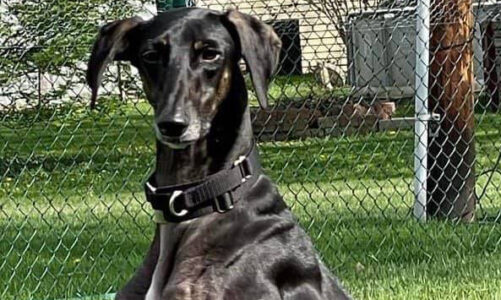