About a year after I adopted Phil, my retired racing Greyhound, I felt like he was lonely. I started fostering for a greyhound rescue, but I felt Phil got attached to the foster dogs and depressed when they left. Seeing that greyhound pout, which is a special type of pouting I hadn't experienced before, made me finally commit to getting a second dog.

My very specific requirements for a new pack member were: female, small (less than 50 pounds), black and fuzzy – and a galgo.

Having following SHUG since its inception, I was acquainted with Michael, the director, and various other greyhound owners in the group. I knew my next pup would come through SHUG.

In January 2014, Galgos del Sol posted photos of Podenco (or Ibizan Hound depending on who you ask) puppies and one was a small, dark brown, fuzzy girl named Cadbury. When the photo was shared on the SHUG Facebook page, someone tagged me. Within 10 minutes, I claimed her and sent in my deposit, although she wouldn’t be coming for a month and a half. The wait was excruciating. I just wanted to love on her puppy face!

Originally, Cadbury, then Sam, and finally Meri (named after Merry the Hobbit) arrived in Miami at the end of February and was driven to SHUG HQ in the Washington D.C. area.

To say I was excited is an understatement. But I couldn’t bring her home before she was spayed. I was on the edge of my seat waiting to get the OK to bring her home. Finally, on a snow-threatening Friday, I loaded Phil in the car and headed to pick up our girl.

When we got there, Meri didn't want to come to me. I was a stranger who had loved her from afar for months, but she didn't know me. She just wanted to snuggle with Michael Owens, SHUG Director, whom she had known for longer, and to play with her sister, Julie. 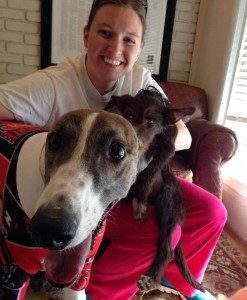 How did Phil react?  He wanted NOTHING to do with Meri. He seemed offended that I had brought him to this place with all these strange dogs (some that didn't even look like him, the horror!) and I kept holding this hairy dog who was taking all his mom's attention. We got the most awkward family adoption photo and then we hit the road before the snow actually started coming down.

Just because Phil and Meri had matching collars didn't mean they were close. Phil is an old man and Meri is still a puppy. She was used to being able to play with her littermates anytime she wanted. Phil wasn't interested in that. In those first few weeks, it was common to hear, "Phil!  No teeth!" That was my way to telling him he could put her in her place, but he couldn’t be mean.

I can count on one hand the amount of times that Phil has played with Meri. He's just not a player. But he has come to tolerate her. He appreciates her company, even if she drives him crazy. He doesn't seem lonely anymore, thankfully. He probably also appreciates that she diverts my attention from him, which means less ridiculous selfies!

It took Meri several months to truly warm up to me. Despite how much I wanted it to be instantaneous, it wasn't. Meri required LOTS of patience. I knew after three weeks she was going to test all the rules -- and test me she did!  Eventually though, we worked out a system.

Meri is incredibly smart. She understands subtlety and she knows how to use her cute little face to worm her way into my heart and get exactly what she wants. She quickly learned sit and lay and stay and "go get your Mousie." She doesn't have the best recall and she has almost zero leash manners, but I never expected her to be perfect. She is always happy to curl up on the couch with you and lay her head on your shoulder for lovin’s.

She knows that she is home and she's more relaxed than ever. She enjoys spending as much time as possible outside chewing on beef knuckles and playing with her stuffies or running the fence with the neighbor's dog.

Meri can still be wary of human and dog strangers, and she is quick to run and hide by her momma or Phil if she feels uncomfortable. But she knows who her pack is and we love our crazy Meri Meri Quite Contrary!

First Person is an occasional series where we hear from previous SHUG Adopters. The author is Megan Rascoe. 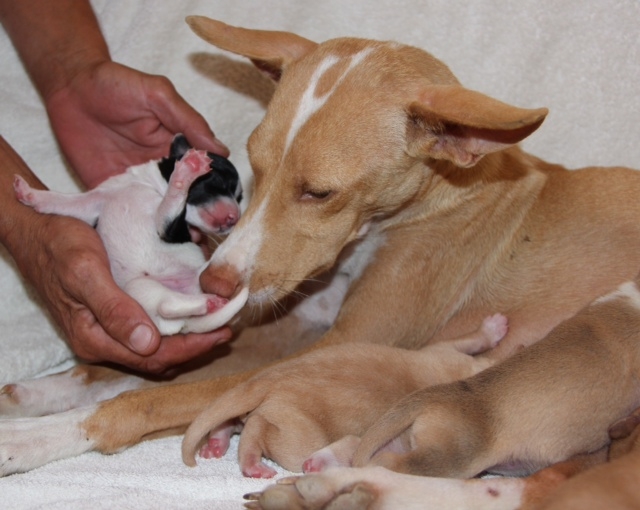 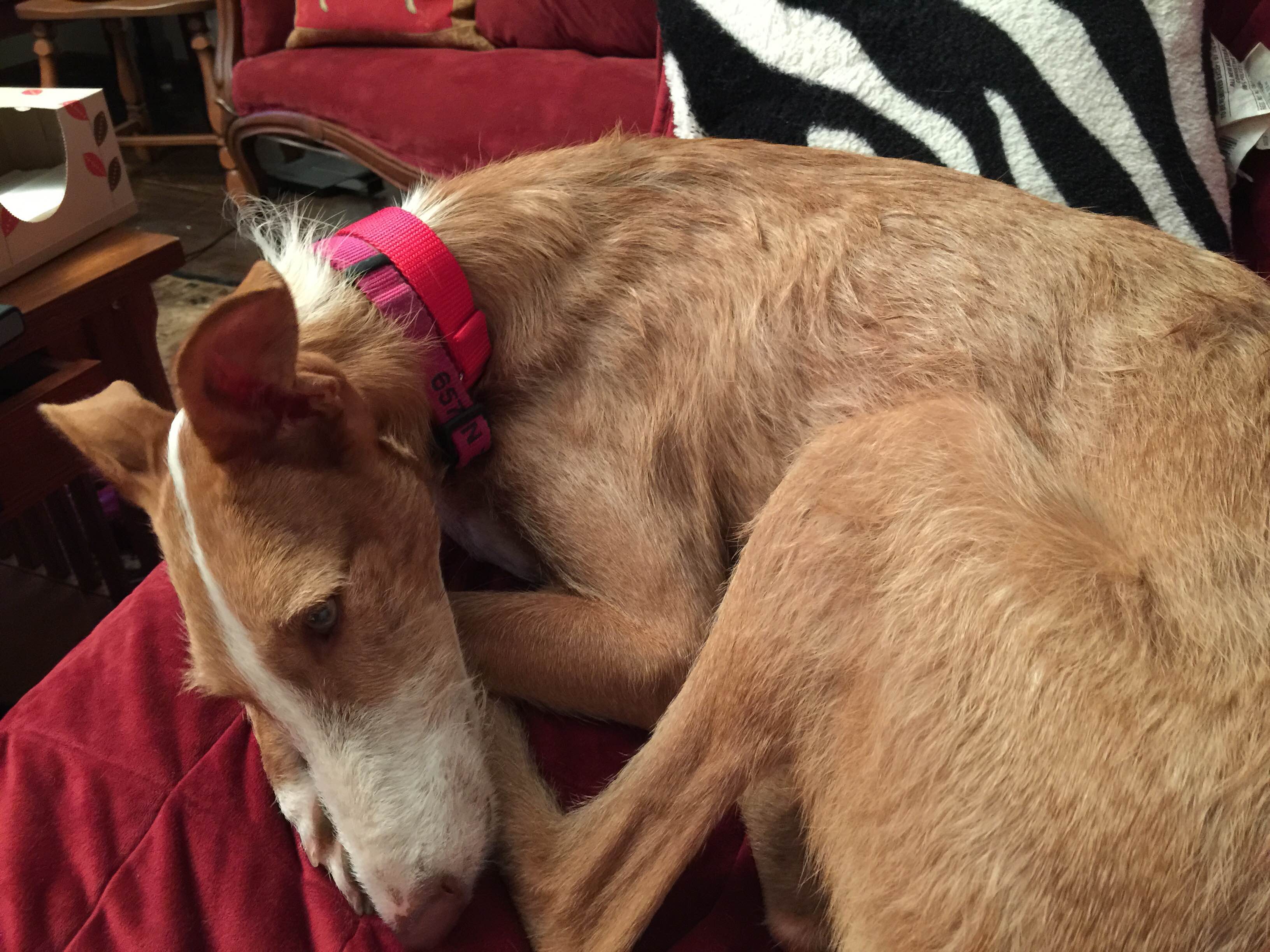 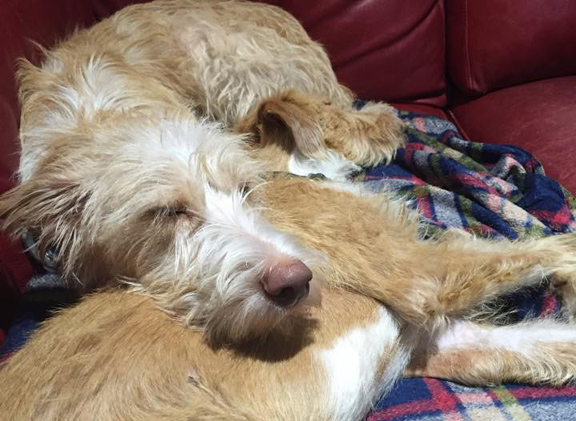