Are you a news junkie . . . A dog person? If yes, you might consider yourself particularly well informed about "pooches in the paper." So take our quiz and test your knowledge. (Answers are at the bottom.) 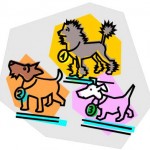 1. A North Carolina woman was recently trying to raise money to bring her adopted dog, Peanut, to what kind of contest being held in Petaluma, California?

2.  Highly-trained dogs are able to detect what in urine with 98 percent accuracy, according to a study presented in May at annual meeting of the American Urological Association?

3. Both Petsmart and Petco announced in May they will stop selling what product? 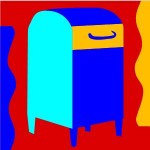 5. The Pittsburgh Symphony has hired five dogs for a summer performance of Leopold Mozart’s Hunting Horn Symphony during which the dogs will do what?

6. The American Kennel Club named what breed the most popular for 2013 – for the 23rd year in a row? Hint: It is not, alas, a Sighthound. 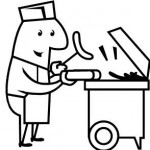 7. According to the website The Daily Meal, which city is home to the nation’s best hot dog, named the Mighty Dog?

8. In May, National Geographic ran a story honoring a German Shepherd named Caesar who did what?

9. What short-legged, black-haired Presidential pup died in mid-May at the age of 10?

10. What is the name of the hero cat who defended a four-year-old from a dog attack in Bakersfield, California?

How well do you think you did?

3. Dog and cat treats made in China

8. Served in the Pacific Theater in WWII