For once, Mandy Simspon of Galgos del Sol, said, it was easy. The brindle Galga had been running loose for days and Mandy was dispatched to try and lure her into the car. As soon as Mandy got there to begin the often lengthy and trying ordeal of catching her, she ran up for a cuddle. Chalk one up for the GdS Galgo whisperers!

If only it were always that easy. Instead, catching the many loose, injured and traumatized Galgos in and around Murcia is a challenging mixture of time, patience, luck and food.

Mandy said she always carries food and water in her car for the many street dogs that need both – especially water in the hot Spanish summers. Sometimes it works to return again and again to the same place at the same time and leave more food and water. With patience, the Galgos will sometimes creep close when they see it’s the same person with food and water.

Right now, that approach is not working so well for a black Galga Mandy is trying to catch in town. Unfortunately, the dog doesn’t appear every day and no one has been able to find her hiding place.

Mandy said talking to the Galgos as you put out food and water is helpful so they get used to the sound of a kind voice. She tries to gain their trust so eventually they will get close enough to grab. They are so scared, she said, and “you just wish they would realize you are only trying to help.” Once they are caught, though, they seem to relax and accept it without a fight.

Galgas with puppies pose a special challenge. Rescuers usually don’t just catch the mom if they can’t also locate the puppies. And locating puppies hidden in ravines, caves or bushes is time consuming and difficult. In one case, rescuers saw a Galga with her puppies, but she was aggressive. In that case, they were able to enlist the help of a nearby veterinarian who helped get a lead over her head, and they were able to bring the whole family to safety.

While there is always a chance rescuers could get bitten, Mandy said she doesn’t think about that so as not to give off a “vibe.” Quiet confidence usually works. In one challenging case, there was a Podenco mom protecting her puppies and acting aggressively. Mandy took the risk and put the puppies in a box, and the mom calmed down and came willingly to the volunteers.

Even the injured ones can elude the best intentions of volunteers trying to capture them. In one case, though, Mandy recalled a Galgo hidden under a bush. She just picked him up and carried him to the car. He was a “bag of bones,” she said and thought the vet would immediately put him to sleep. His hip was broken but he made it and now lives happily in the United Kingdom.

Most of the time, catching Galgos is not a solitary pursuit – although Mandy says you always feel like you could use three or four more people to cover “all the exits.” One rescue of seven puppies took nine people and two weeks to get them all. It’s also difficult when some of your volunteers are men and the Galgos are scared of men. Mandy recounted one rescue where she told her husband to stay in the back and out of the way. Instead he walked around the back of the building and caught one asleep under a tree – although it took another two hours to catch her brother.

So the next time you look at a Facebook post about the latest capture of a Galgo -- or you look down at the snoozing Galgo on your couch -- think of the men and women traipsing through the Spanish streets and countryside who are making it happen.

Update: After many weeks of trying, Mandy and other volunteers caught the black Galga, now named Rene! 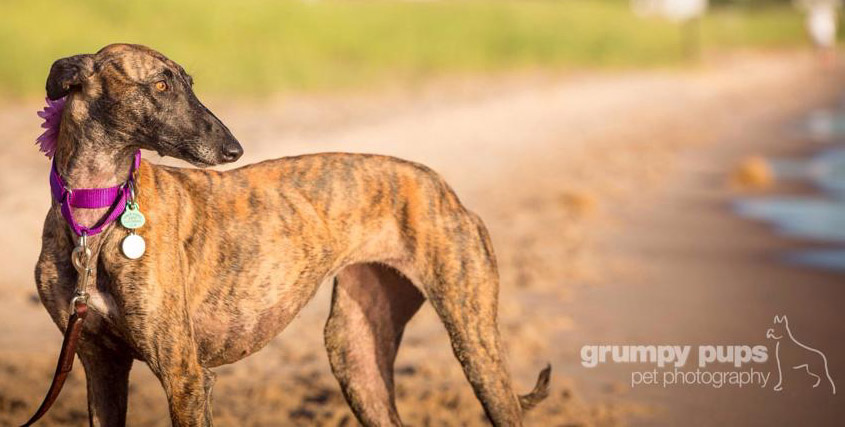