Kristie is all hooked up and ready to donate.

SHUG volunteers live all across the country, in big cities and small towns. They have different religions, political, educational, and family backgrounds. What they have in common -- besides a high tolerance for dog hair -- is a desire to make a difference. And not necessarily just with animals. Case in point is Kristie Parker.

Kristie is one of SHUG’s original corps of volunteers. She lives north of Baltimore, Md., and is an experienced Sighthound foster parent. For those who follow our Facebook page, she is perhaps best known as the woman who took Lego to his swim lessons for weeks and then cried when he found his forever home.

All our volunteers are special, but Kristie recently took her altruism up a notch. She volunteered to be a bone marrow donor. She picks up the story:

I found the DKMS Delete Blood Cancer website and found that my tattoos and piercings didn’t automatically disqualify me (as it can for blood donation). I filled out an online form and mailed in a cheek swab. From this swab, they’d check my DNA and put me on the list.

There are two ways to donate, the traditional way with bone marrow from your pelvis and the way my recipient needed, which is stem cells from your blood. You don’t know which way you will donate until you are matched with a recipient.

According to the website less than 1 percent of people are matched. I have friends who’ve been on the list for 10 years and never been contacted. Imagine my shock when I opened my email not two months later to see "You're a Match!" I then filled out a health questionnaire and had another blood draw to make sure I was the closest match for the recipient. I was.

After this I had a full physical, EKG, chest x-ray and more blood checks, and the first of, I believe, four separate pregnancy tests.

Since I was donating stem cells, I had to get shots for the four days prior to the donation and a fifth shot the day of donation. The shots made my body go into overtime and pump out stem cells. The first shots were done at a local hospital’s infusion center. They drew some blood to check my levels and gave me the shots. The nurses there, who see a lot of cancer patients, acted like I was a hero. One of them even cried.

The later shots were given by a nurse who came to my house. There are a lot of potential side effects from the medication but I got lucky and besides some pain in my pelvis and lower back and some stiffness I felt OK.

On the day of donation, I had an IV inserted in my left wrist for fluids. A second IV line was hooked to something similar to a dialysis machine. Patients can be hooked up for anywhere from three to six hours and, while rare, sometimes as long as eight hours. As it turns out, I was a stem cell making machine and was only hooked up for less than four hours.

During the procedure, my blood was put through a machine that extracted the stem cells and platelets, and then was warmed and returned to me. My entire blood volume went through the machine about two and a half times. Afterward, I was taped up and given discharge instructions. I went home and took a long nap. Besides not being allowed to lift anything heavier than five pounds and some stiffness I felt mostly back to normal the next day.

I will get several updates about my recipient over the next year, and we could agree to have personal contact after that. For one full year from donation, I am on reserve for this patient just in case he or she needs a "boost." After the year, I’ll go back on the list to see if I could be matched a second time – it’s rare, but not impossible. It feels really good to know that someone has a second chance at living because of me. 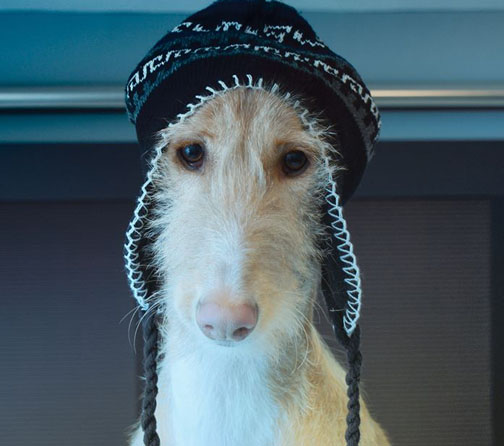 5 thoughts on “SHUG Volunteers Save Dogs–and Sometimes Humans Too!”