You can hear the weariness in the short Facebook post: As hunting season draws closer the injured and nonuseable Galgos will now be disposed of. Daily we are seeing new Galgos on

the streets and here is another new one. Sadly Janet lost him as it got too dark. He's limping and frightened. We will try again.

The update was posted by Tina Solera, the founder of Galgos del Sol, a small shelter in Murcia, Spain. Tina's post illustrates the tragedy of Fall -- hunting season begins and the flood of injured, neglected, discarded and dying Galgos starts anew. But the arrival of September also brings with it hope, because it means transports pick up again, bringing Galgos to loving homes in the U.S.

For the uninitiated, the men and women who make up Galgos del Sol have hearts of gold and nerves of steel. What they do, and what they deal with – it’s not for the faint of heart. Despite all their incredibly hard work, tens of thousands of dogs will ultimately be lost again this year. For those who may not understand the plight, let us explain.

The Spanish Greyhound—known locally as the Galgo—is arguably one of the most persecuted breeds on the planet. These dogs, like all Greyhounds, are an ancient breed once considered a man's most prized possession. Today, however, they are seen by the majority of Spaniards as a "trash dog"—not good enough to be a pet or to be allowed inside the home.

The galgueros who breed these dogs to race or hunt use brutal training methods, starve them, and house them in appalling conditions. And when the Galgos have outlived their usefulness, when they can no longer pay their way, these men then dispose of them with the same attitude. Some are turned out to roam the streets until they are run over or starve, some are "punished" for their poor performance with hanging and other cruel deaths, and some are turned into the local perreras –Spain's "killing stations" where dogs are euthanized en mass.

Do you remember the story of the boy and the starfish? A man walking on a beach sees that high tide has stranded thousands of starfish on a long stretch of sand. A young boy is carefully picking them up, one by one, and tossing them back into the sea. The man 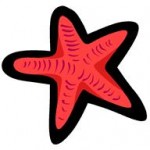 admonishes the boy. You can’t make a difference, the man says, there are too many. The boy holds up a starfish, tosses it in the water and replies: I made a difference for that one.

By the end of this year, SHUG will have brought 20 Galgos across the world to a new life. Could we make it 22? How about 24? Let's go crazy and aim for 30! With your help we can make it happen. If you're interested in adopting a Galgo--or you'd like to foster one--please let us know. If you or someone you know is flying to Madrid, let us know. If you have American Airline points you'd like to use, we can help you set up a "working" vacation at a shelter--or if you'd like to donate points we have volunteers who are willing to fly from airport to airport just to pick up dogs. As little as 40K points can save 2-4 dogs and give them the chance at a better life.

There is a growing awareness in Spain about the plight of the Galgos. Recently, a Galguero brought his champion dog to Galgos del Sol – despite the many hunters willing to buy him and breed him – so that he could retire as a pet. Rescue groups throughout Europe are also working hard to bring dogs from the streets of Spain to loving homes in many different countries.

Please join us in this global exercise in saving starfish. We won't save them all, but we'll make a difference to those we can.