Happy Birthday to the Puppy Brigade!

Beth, Beauty, Boo, and Bobby – Galgo puppies that arrived from Spain just three days ago -- turned four months old today! That's a huge milestone for any puppy so we decided to get them some very special presents . . . neuters!

Okay, maybe having your gonads removed isn't as fun as a kong or your own special bottle of spray cheese, but here at the Sighthound Underground we think it's the absolute best present you can give to a puppy. Not only does neutering reduce the next generation's population, it is also good for this one, too!

Little girls are especially at risk for a variety of health complications from unplanned pregnancies. If they are living rough, pregnancy can also make them more vulnerable to environmental hazards--including other dogs. Giving birth and raising a litter of puppies can be equally difficult.

In many states, neutering or spaying a rescued dog before placing it in a home is the law. Penalties can range from fines to seizure of the dog. Pretty much everyone from shelters and rescue groups to veterinarians and breeders agree that spaying and neutering a dog can be a good thing.

What many don't agree on is the age that is best to bestow this gift. There are different opinions in different communities--for example many shelters will spay/neuter a puppy at 8 weeks old, but most AKC members will delay until a dog is several years old even if they don't intend to breed or show it. In Europe, many veterinarians recommend waiting until a dog is at least 9-12 months old.

While there aren't a lot of long-term research studies on this issue, the possible negative side effects of early spay/neuter are mild--increased leg length, and decreased size and muscle mass. None of these are deal breakers. There is a small possibility of an increase in bone cancer rates but this is unproven and not a huge risk factor except in retired racing Greyhounds, who are usually neutered later in life anyway.

For SHUG, the bottom line is that the benefits outweigh the risks. Girls who are spayed before their first heat have a much lower risk of breast cancer--which is a much more common problem in most breeds than bone cancer. Boys are less likely to fight, mark, or show other hormone-driven behavior.

The Sighthound Underground strongly recommends neutering all puppies at four months of age. While every puppy is unique, that's a good rule of thumb to start from. Most pups are large--and robust--enough by four months to bounce back from surgery quickly, as well as mature enough to suffer an enforced rest at least somewhat gracefully.

So Happy 4th (Month) Birthday to Beth, Beauty, Boo and Bobby! We know you probably don't appreciate your present right now, but it comes with a better life and that's what we want for you. 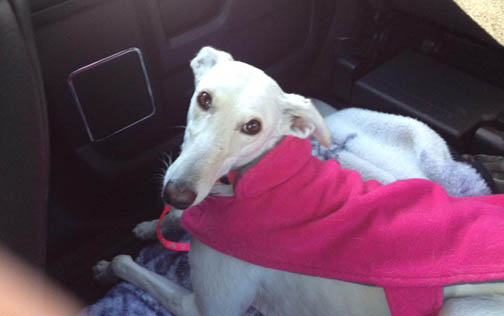 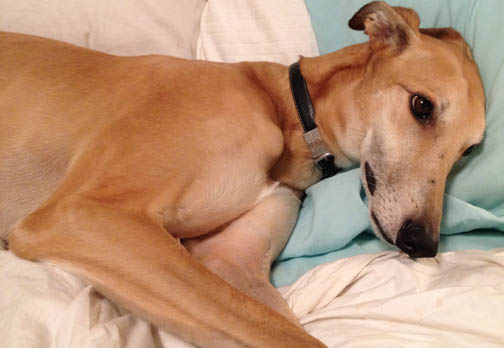 One thought on “Trust Us, This Really Is A Great Gift!”