It was an “oops” breeding in Colorado between an Afghan hound and an Ibizan Hound, and SHUG first took four pups and then another three from the litter of nine. They were active, ranged from cream to red, were impossibly cute and they came with an air of mystery – what would they eventually look like?

We had reason to believe these genes might never have mixed before and no one knew for sure how it would turn out!

So we’re checking in on Murphy, Alex, Bumper, April, June, and Fawn – and reminding you that little Vivian is still waiting for her forever home!

Alex and Murphy live near each other in Maryland and get together often for some brotherly romping. According to his family, Murphy is “a handsome little man who is no longer the rambunctious little dare devil that needs watching 24/7.” Really? Where’s the fun in that?

We’re told Murphy is trained to ring his bell when it’s time to do his business. According to his mom: “We are so happy to have him. It has been a lot -- and I mean a LOT of work -- but he is so worth it!”

Alex is also going great, according to his family. He plays with his two resident greyhound pals and loves to be chased around the house. He also has learned to ring a bell when he has to go out and is fully potty trained (this was relayed with clear pride and relief). He is very smart and a bit mischievous. We’re told he likes to steal clean clothes from the laundry. According to his mom: “He is a wonderful little boy and we are very fortunate to have him as a part of our family.”

The third boy of the litter lives in California, right next to the Pacific Ocean. He lives with his big sister, Penny, also an Afghan hound cross. According to his family, he is very smart and a fast learner – but also stubborn and tenacious. He’s growing like a weed (35 pounds now, up from 17 when he arrived) and has many fans in the neighborhood who stop by to say hi and give him treats.

Oh, and Bumper is growing a beard!

April – renamed Lexi -- was the first girl to get adopted. She went to a family in Maryland. We asked: How is she doing? Answer: “She's BAD! To the bone. I made lasagna yesterday morning before work and she got on the counter and ate it. Thank goodness she's cute!” (And she really is!)

June – now called Wynter--was the second girl to get a home. She rode in style from Virginia to her new home in Ohio, where she now lives happily with two kids, a greyhound, an elderly golden retriever mix and Frank-the-pug.

She is a busy girl, so busy counter and table surfing that we’re told it’s hard to get a good photo -- but we thought this was a pretty good one anyway.

Oh, and yes, she is named after the famous dolphin who lost her tail.

Finally, Fawn, now called Alma, and affectionately nicknamed Alma-geddon, (well that says a lot) is reportedly a “perfect addition” to her new home. She’s best friends with a 10-pound miniature Dachshund and running buddy to a greyhound. Alma is extremely intelligent (that seems to be a theme with this crew). She is also sweet and affectionate.

Says her mom, “We love our Alma. We couldn't imagine our house without her!”

That just leaves us with Vivian – the last little girl. Is she the smart, cute, rowdy, hairy, perfect addition to your family? 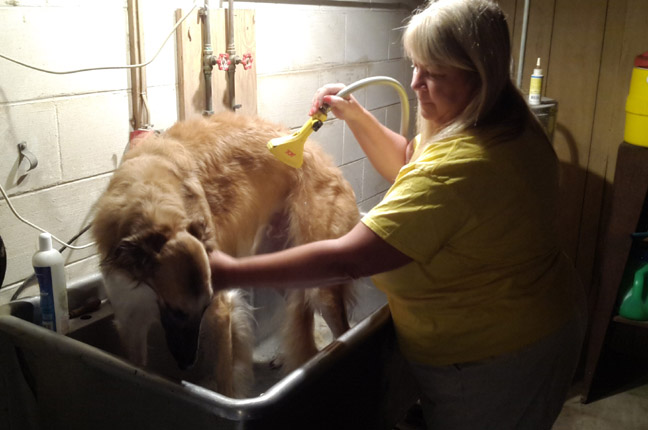 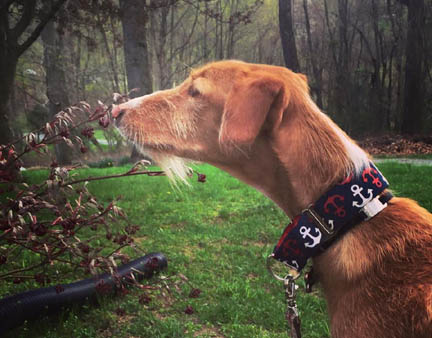 6 thoughts on “The Afghan Mix Pups – How Hairy Are They Now?”