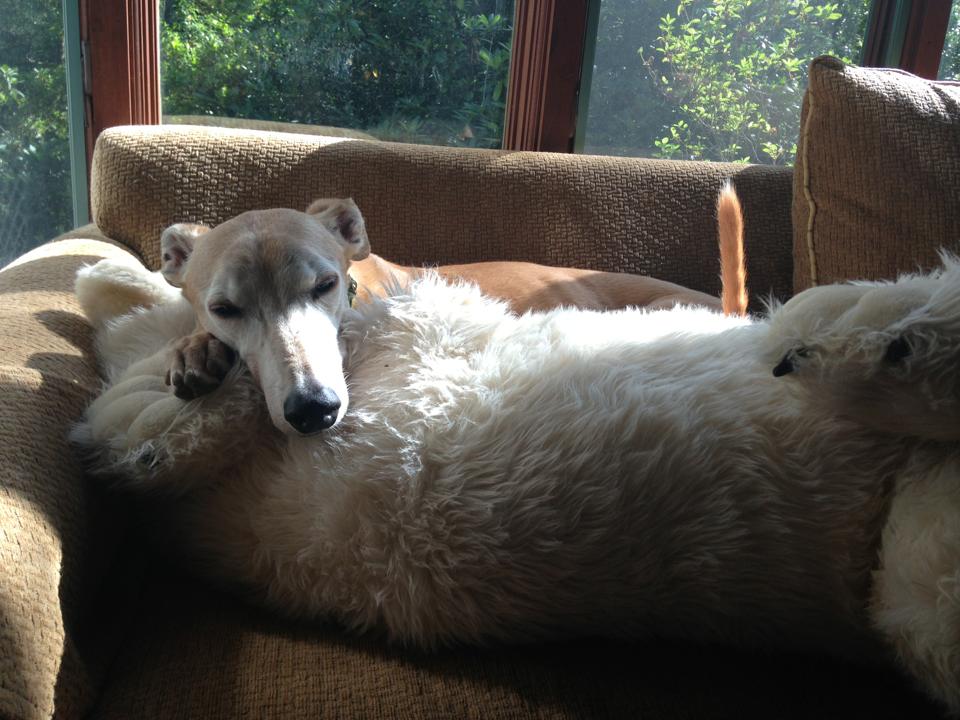 Fourteen years ago today I adopted my first Greyhound, John. Since that day, Greyhounds--and then Borzoi and Galgos and the other Sighthound breeds--have become an inextricable part of my life. For those of us who love Sighthounds, it is a love that winds its way through every corner of our hearts. It is a love that binds us to them, and to each other. The Greyhound community in particular and the greater Sighthound community in general is extraordinary for the closeness of our ties throughout North America and the world.

The passage of legislation in Florida this past November to end racing by the end of next year has accelerated the decline of Greyhound racing in this country. Initially the adoption community prepared for a large wave of retirees. Here at SHUG we geared up to assist in vetting dogs both for our own adoption program and for other groups as well. That wave has not materialized. There are not thousands--or hundreds, or even dozens--of Greyhounds in need. There are many, many groups ready to take dogs--and those dogs are not yet ready to retire.

The men and women who make up the racing community in this country have watched the repeated efforts to shut down racing in Florida for decades. Every year fewer and fewer puppies have been born. Yes, there are fewer tracks running today than there were a year ago. There are also fewer dogs racing. If anything, the number of dogs has fallen faster than the number of slots for them to race. In some places tracks are running with fewer dogs in every race. Soon the average age of active racers may start to go up. We saw this at the track in Macau as well. Training puppies is a long, expensive process. When your track's days are numbered, it makes far more sense economically to keep dogs on the track than it does to train puppies to run.

Right now, the Greyhounds we're seeing coming into rescue are primarily those who cannot race--retired broods, untrained pups, and the injured. And the numbers of the first two groups are being depleted quickly. Our wave has turned into a trickle. The reality right now is that there are limited Greyhounds available for adoption and many groups have waiting lists. The industry has regulated itself and this is our new normal.

In 2018 only 20 of the 109 dogs SHUG placed were retired racing Greyhounds. In December we were expecting that number to skyrocket for 2019. Now it looks like that will not be the case. Since tracks began closing we have only received 5 racing Greyhounds. Next week we're scheduled to receive 10. Our partners at the tracks and kennels and farms where Greyhounds are raised know that we, and many other adoption groups across the country, are here and prepared to assist any dogs who are ready for their retirement. We will always make room for a Greyhound in need.

In the meantime, SHUG is gearing up to take on two flights of Spaniards in the upcoming weeks. 6 dogs missed their January flight because of transportation issues in Spain and they will be arriving soon, along with some of their friends.

What we do is not easy. There are challenges and those challenges change and evolve. We will change and evolve with them. No matter what, we will not give up. When there are no Greyhounds who need our help, we will help Galgos. We will help Borzoi and lurchers and Salukis. We have a commitment to Sighthounds, no matter where they're from or whether their ears are pointy or silky or fuzzy. We are united in our commitment to see every Sighthound on a couch of their own. That commitment is the basis of our union. And the state of our union is strong. 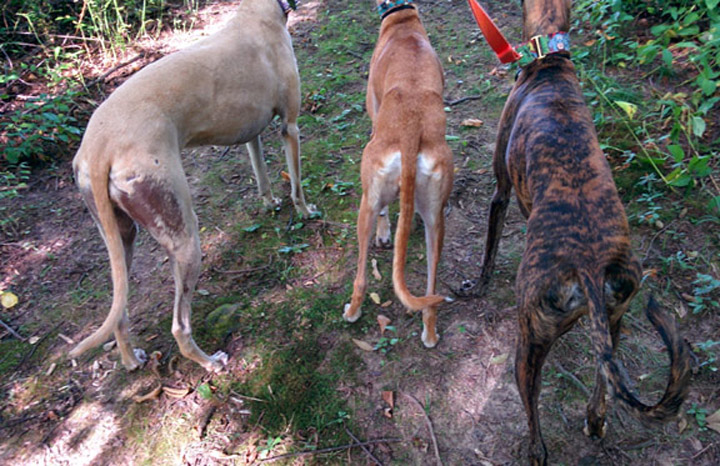 3 thoughts on “The State of Our Union”