SL Senator is a 4-year-old former racing greyhound from the track in Mobile, Alabama. He isn't a big boy--but he has a huge heart! And did we mention he's super cute?!

Senator is a “turn key dog.” He is sweet and loving – and will make sure you never had to use the bathroom alone ever again! He’s just starting to give little Eskimo kisses to his foster mom. Senator eats well (he’s a bit food motivated so he may try to steal a snack from another bowl) and does all his business outside! He sleeps quietly through the night in a dog bed although we’re trying to move his wake up call to a bit later in the morning!

Senator is not shy, exactly, but he is a bit unsure of himself at times. He does look to other dogs for confidence. He is not at all dominant and has not put one foot wrong with his foster pack. And he doesn’t seem to be a greyhound snob – he’s as happy with his golden retriever pals as his greyhound friends. He does need a home with a four-legged pal of some sort, though.

That said, we’re not sure of his small dog status. Medium dogs are certainly fine, but little fluffy white ones seem to be a bit too interesting.

What else? He’s clumsy up the stairs – takes them like a kangaroo – but is never hesitant on them. He has no problem with “scary” wood or tile floors. He’s not high energy – a walk once a day is fine. And he’s good on a leash.

We think he’s a great dog! His adoption fee is $300 and Senator is available to approved homes anywhere in the US or Canada. If you’re interested, submit an application here. 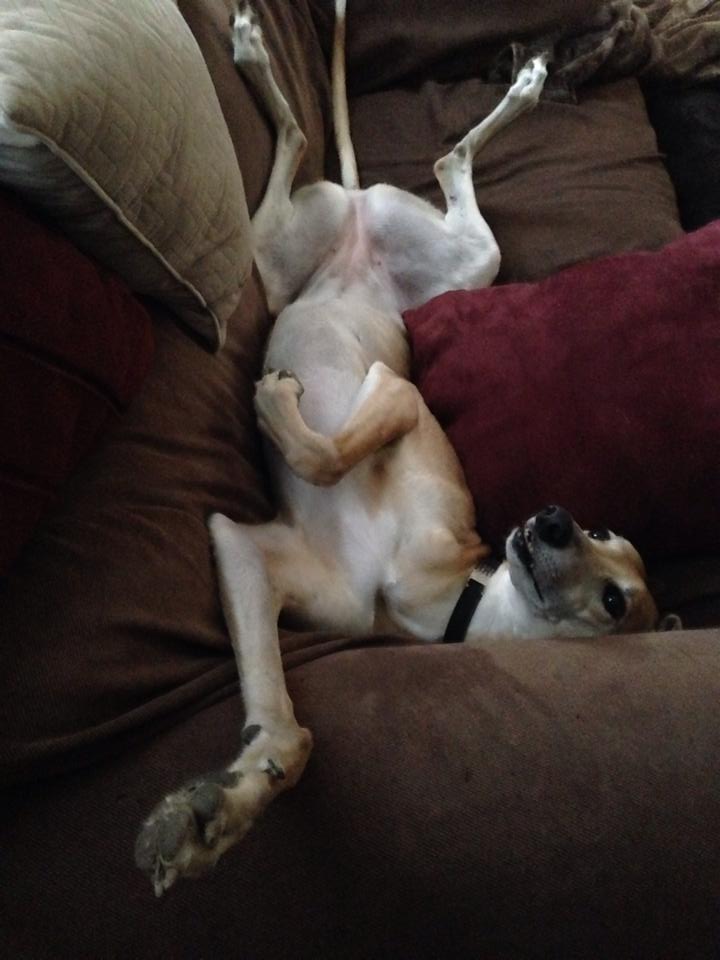 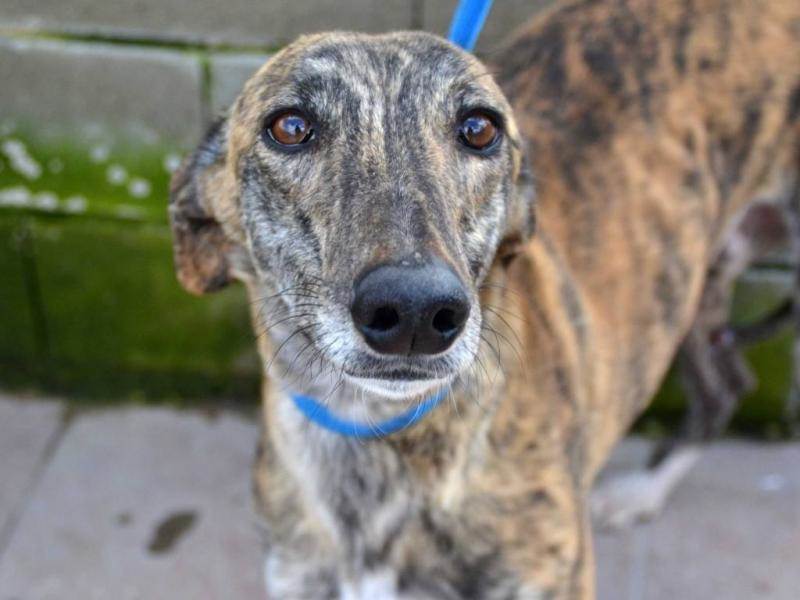 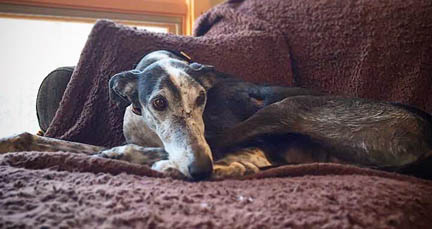 SHUG is a 501(c)3 Public Charity.
Donations are tax deductible.