Spotlight On . . . Jack the Lurcher 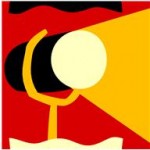 Jack is a greyhound or greyhound mix who came from a field trialer in central Ohio.  We don’t know much about this sweet boy’s past. We do know that most lurchers spend their lives chained outside to a dog house or in a shed. They race in underground field trials all year ‘round and are frequently moved between trainers until they’re no longer up to the sport.

Jack was one of the lucky ones. He made it out alive and came to SHUG. He’s doing great in his foster home, but this boy needs – deserves – his own forever home.

Jack is a cute, older boy, who doesn’t seem to know his age. He’s in great shape, very healthy and while he loves his sleepy time, he also likes to go outside and play with the big dogs. A nice big yard would be to his liking. His foster mom calls him a “funny little guy,” who really relishes the companionship of fellow Sighthounds. (He’s very keen to snuggle with them, but not obnoxious about it.) He will cuddle will humans, too, and enjoys being talked to. He eats well and is completely housebroken.

Now for the disclaimer: he is NOT small dog or cat safe, can’t be an “only,” cannot be crated and he does, unfortunately, enjoy nibbling on the occasional ugly pair of pajamas or that old blanket you really don’t need.

Do you have room to add a famous Jack to your pack? Fill out an application here: http://sighthoundunderground.com/www/how-to-adopt/apply-to-foster-or-adopt/ . As a senior his adoption fee is $250.