From the Director: Before and After

It's all in the ears. Those of us who know and love Podencos will tell you that one of the most unique and spectacular things about them are their ears. They're expressive. They're beautiful. And they're BIG! Podenco ears are unmistakable and we've definitely seen some fantastic ones here at SHUG. (Yes, I'm thinking of you, Baron. #PodencoSexy) 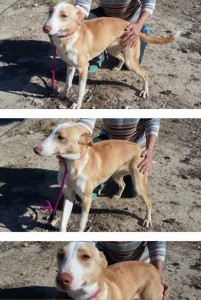 When Barbara Galloway of Alibar Dog Knits first introduced us to Nigel the Podenco, the most notable thing about him was his ears. Or rather, his lack of ears. Where were they? Knowing nothing else about him, we knew for his ears to be so low as to basically disappear, this had to be one really unhappy dog.

It turns out that Barbara had pulled this sweet boy from a local perrera. The perreras are the dog pounds of Spain and they are very different than your local shelter in the US. In Spain, these are often outdoors--literally 3 sided metal shacks--and very rarely have any kind of adoption program and very little community support. It's up to volunteers like Barbara to pull these dogs and give them a second chance at life. 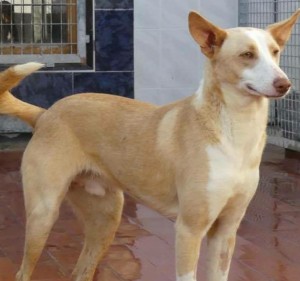 And that's exactly what Nigel has--a second chance. Here is his after picture. Can you tell the difference? It isn't just his ears. His eyes, his coat, the way he holds his whole body is different now. On April 24th, Barbara will fly with Nigel to SHUG and we can't wait to meet him!

Help us continue Nigel's transformation and find him a forever home. He needs good food, unconditional love, and a couch to call his own. Please share Nigel's story and if you're interested in adopting him, please fill out our adoption application online here.

From the Director, Podencos
SHUGer
No comments
8691
0
0
No tags