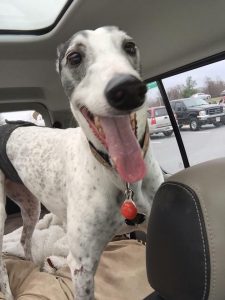 Yesterday the SHUG family lost Joe, aka White Squirrel. (Yes, really. His racing name was White Squirrel and he was awesome.) Tomorrow would have been Joe's one year anniversary with his family. He was picked up by his foster mom and never left. All of the problems that Joe had experienced in his previous home that had led to him ending up with SHUG two months shy of his ninth birthday . . . just disappeared. He was in the right place at the right time and he just fit.

But last week Joe presented with what his mom thought might be bloat but ended up being a hemangiosarcoma. We've lost dogs to hemangiosarcomas, to bloat, to osteosarcoma, and so many other things that conspire to take them away.
And every time it hurts.
If you're playing a numbers game, you might not like the math involved in adopting an older dog. Seniors may not be with you as long and may end up needing more vet care. But if you're playing a numbers game, you probably shouldn't adopt a dog. 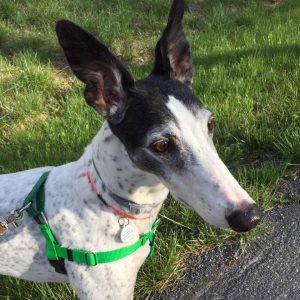 But if you do, please consider adopting a senior. I absolutely recommend it with every fiber of my scarred up heart. Adopt a senior. Or you know what? Adopt a puppy. Adopt a five-year-old and a nine-year-old. Adopt two two-year-olds. Open your heart. You'll thank god you did. And then you'll regret it. And then you'll thank god again. And when you feel like your heart has been ripped out, remember they've left a piece of theirs behind.

“It came to me that every time I lose a dog, they take a piece of my heart with them. Yet, every new dog who comes into my life gifts me with a piece of their heart. If I live long enough, all the components of my heart will be dog, and I will become as generous and loving as they are.”
- Unknown